Becomes the “Mistress of the Dark,” Kylie Jenner Elvira in Photos in a Low-Back Black Dress 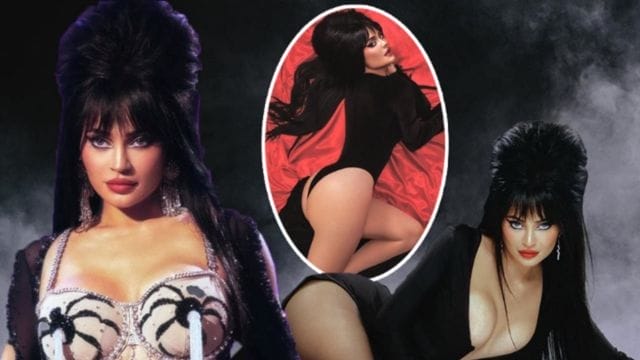 Kylie Jenner, who is now 25 years old, once again slayed a Halloween look by dressing up as Elvira from the movie Elvira: Mistress of the Dark, which was released in 1988. The makeup guru re-created the movie poster while wearing a plunging black dress and a black wig with a lot of volume. The combination was a perfect example of pure 1980s fun.

She finished the look by donning sheer pantyhose and black pumps, just like the actress Cassandra Peterson, who is now 71 years old and appeared in promotional photos for the original film.

Last but not least, she concluded the look by giving herself a glam that Kris Jenner would approve of by using a lot of black eye liner and a strong red lip. Along with a picture of a spider, she captioned the photo on Instagram with the phrase “MISTRESS OF THE DARK.” It was obvious that Kris, who is 66 years old, was enjoying it since she left multiple comments with black hearts.

The character of Elvira, played by Peterson, is a horror hostess for a television series called Elvira’s Movie Macabre in the comedic horror film. After inheriting a home from her late aunt in Fallwell, Massachusetts, she ultimately decides to relocate to a community that is known for its traditional values. 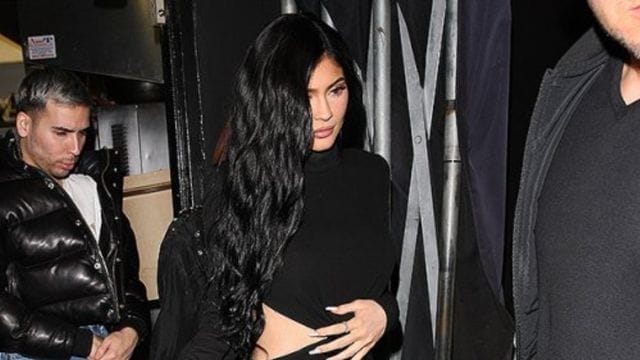 Her ultimate objective is to perform in a show in Las Vegas, but she winds up being entangled in the shenanigans of a little town, which ultimately results in her being arrested for witchcraft (but then later moving to Vegas for her planned musical show). In addition to W. Morgan Sheppard and Daniel Greene, the film also stars Jeff Conaway, Susan Kellermann, and Edie McClurg. James Signorelli is the director of the production.

Kylie has always had a special place in her heart for Halloween, and throughout the years she has delighted in dressing up in elaborate costumes and undergoing dramatic makeovers. Her enthusiasm for the spooky season is also reflected in the annual Halloween-inspired collections that she creates for Kylie Cosmetics. This year, she collaborated with DC Comics’ Batman for an epic comic-booked themed collection that was heavy on the tones of black, black, and grey (much like the original suit worn by the Caped Crusader). In the sexier commercial, Kylie wore a sexual version of the suit, complete with the bat ear mask, so she could appear her absolute best. The campaign was a huge success.

This is just one of the many costumes that Kylie has planned for Halloween 2022 thus far. Earlier, she showed off a fantastic interpretation of Elsa Lanchester from The Bride of Frankenstein through Instagram; the costume came complete with a garment designed by Jean Paul Gaultier. The founder of Kylie Skin and Kylie Baby wished her followers a “HAPPY HALLOWEEN WEEKEND” in one of her Instagram captions.